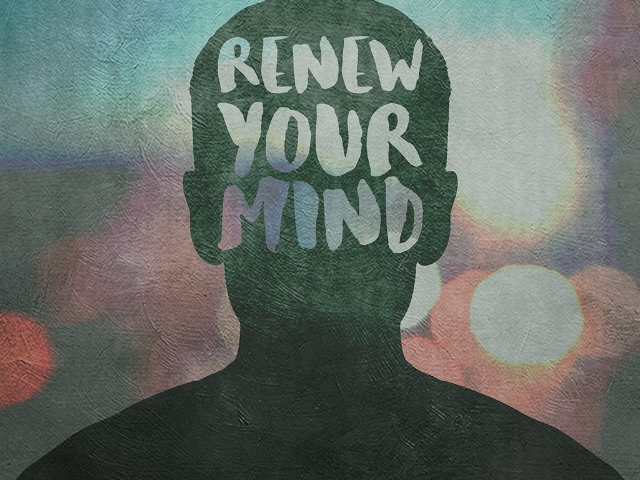 Be transformed by the renewing of your mind
Much of what Jesus taught seems to have been followed closely during the first several hundred years after his death and resurrection. As long as Jesus’ followers weren’t among the rich and powerful they were able to understand and share what it truly meant for their Lord to be among the rejected and betrayed.
They could grasp his teaching more readily. Values like non-violence, simple living, inclusiveness, and love of enemies could be more easily understood as Christians were gathering secretly in the catacombs and homes of fellow believers.
What Christ was showing his disciples and all believers was how to live their lives for God and one another. How to stand before God and make their life a liturgy (work of the people) through worship, work, family life, and relationships. This was a way of “being” that was untouched by empire, institution, tradition, ritual, rationalization, and compromise. It was a way of resting in God and allowing God to transform your heart, mind and perception about everything around you. It was full surrender.
In 313, Constantine (c. 272-337) legalized Christianity and it became the official religion of the Roman Empire in 380. After this structural change, Christianity increasingly accepted, and even defended, the dominant social order. Morality became individualized and the church slowly lost its free and alternative vantage point. Within the space of a few decades, the church moved from the bottom to the top, literally from the catacombs to the basilicas.The Roman basilicas were large buildings for court and other public assembly, and they became Christian worship spaces. When the Christian church became the established religion of the empire, it started corrupting the Gospel message and using it from the position of maintaining power and social order instead of experiencing the profound power of powerlessness that Jesus revealed.
I believe this was an immense disservice to those who truly sought to follow Christ. Instead the Church, especially the main line churches (Catholic, Orthodox, Lutheran, Episcopalian, Methodist, Presbyterian, etc.) were conditioned to be the body of Christ in a way that doesn’t model Christ’s simple living, nonviolence, inclusiveness, love of enemies,  incomprehensible mercy, meekness, and transformation. Rather, we have become much like the powerful Pharisees who refused to let go of their way of understanding and worshiping God. I fear that we too may miss out on the wonder of experiencing God’s transformative Spirit within our mainline Church. A Spirit that has been patiently haunting the hearts of many religious leaders throughout the centuries, whenever God was beckoning a community to change and be made new.
Many religious leaders, including Rowan Williams,the Anglican Archbishop of Canterbury have spoken into the reality that our denomination is in a state of life-support and on hospice. He has stated that, although “there is a very strong compassionate case” for physician-assisted dying, the Anglican church remains opposed to the practice.”
Rowan Williams has acknowledged that we, as the Anglican Church refuse to die, yet if we desire to live than we must humble ourselves and allow God’s Spirit to move us into new and uncharted territories. We must be open and willing to try new and creative ways of worshiping and experiencing God. We must be like Abraham, who walked by faith and not by sight into scary and unfamiliar places. Trusting that God is also with us and for us!
I am an optimist. A bit of a dreamer and a hopeful follower of our Christ who has concurred death.  I also know that the only way God can work in and through our community is if we are ready to die to ourselves. If we are ready to surrender our preferences and ways of worshiping and doing things to the bigger picture of what God is doing in the world and trying to do in and through Calvary. Amen.
May Gods Spirit transform you into the likeness of our Savior,
Mother Mo+